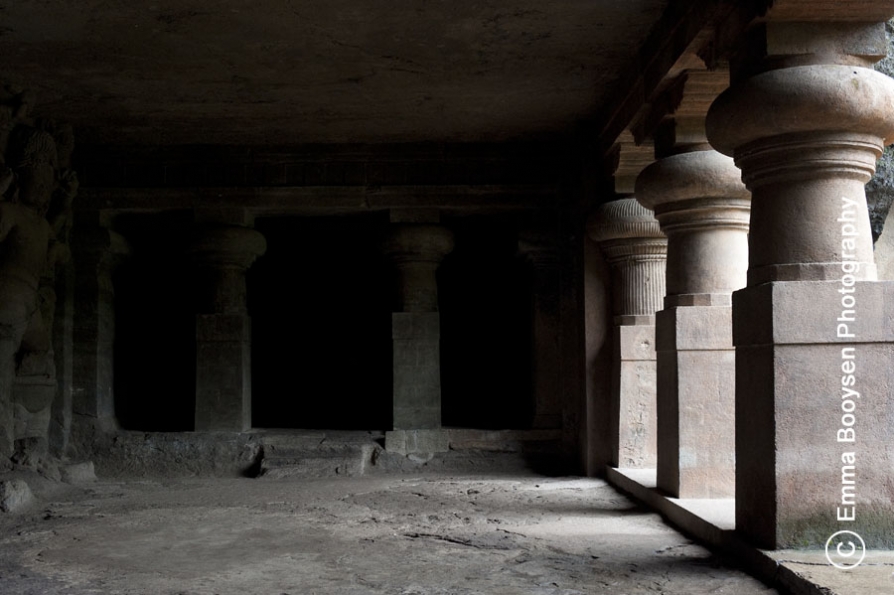 The Elephanta Caves are a network of sculpted caves located on Elephanta Island, in Mumbai Harbour, 10 kilometres to the east of the city of Mumbai in the Indian state of Maharashtra. The island, located on an arm of the Arabian Sea, consists of two groups of caves—the first is a large group of five Hindu caves, the second, a smaller group of two Buddhist caves. The rock cut architecture of the caves has been dated to between the 5th and 8th centuries (Wiki).